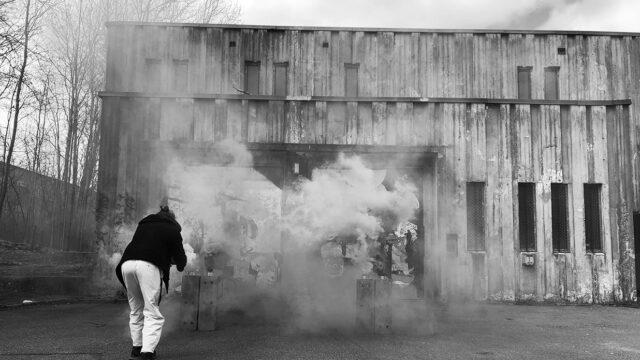 “Art serves as a societal memory… and nobody says that memory needs to be a distant one”
180 seconds to remember – an instruction piece by Thierry Mortier, 2022.

“During the second month of the war in Ukraine, it became already clear that the news value of the war was already dropping. Both on the Belgian and the Swedish televised news the war did no longer feature as the first item on the list. Horrible images and stories still reached the viewers outside of Ukraine, but a sudden snowfall or bus accident was more news worthy. After more than a month the war isn’t new, it’s old.
The visual moment of silence, every 24th of the month, is there to stop for a little bit,… to take some time to let everything sink in for a moment… to make sure we don’t completely forget that people are dying, losing their homes, losing their country and not just in Ukraine, but also in Afghanistan, Ethiopia, Yemen, Nigeria, … countries at war that haven’t featured on our news in ages. All while we are safe and getting entertained in our fast-moving, attention-economy.”