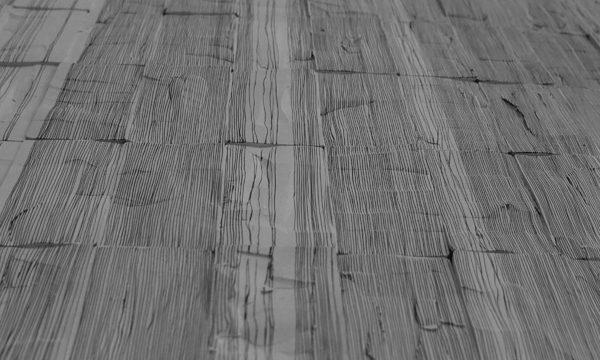 Pen drawing on 240 cut sheets of rubber erasers.
The original drawing was made in feb. 2014.

It was shown in the exhibition “Nothing called nothing is nothing” in 2014 where the public was asked to mediate the work by removing rubber sheets from the work and taking it home with them.

In 2016 the 33 missing pieces were labeled and the drawing was shown again in the exhibition “Verboten für Glaubige” where the public was once again asked to mediate the work, only this time by drawing on blank rubber eraser sheets and filling the drawing up again.

31 of the missing pieces were replaced by the public.