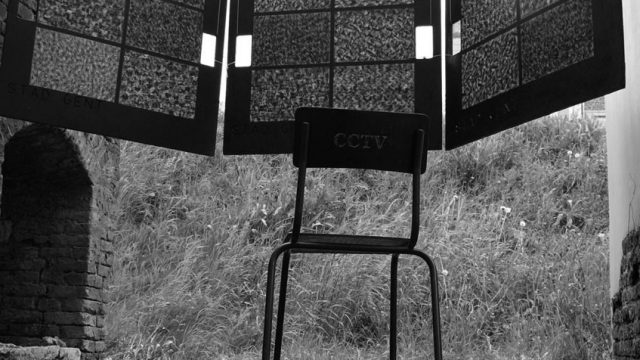 CCTV, Corvus Corone TV was a public intervention as the 42nd artist of TRACK. OFF TRACK.

from the TRACK manifesto:

2. Art has no boundaries.

3. TRACK has no boundaries.

6. TRACK acts as a generator of dialogue, between the city, its inhabitants and its visitors. It interacts with different communities of all kinds and calls for participation.”

CCTV was an answer to that call for participation & as TRACK descended on the city of Ghent, 18 corvi corone or carrion crows (black crows) followed suit, functioning as cctv cameras in the six clusters of Ghent chosen by the curators of TRACK. Their feeds were transmitted to a central control wall of cctv monitors where an empty chair watched the noise go by.

external link to gentblogt article on CCTV, in Dutch, here